Why do Teens and Young Adults Abuse Alcohol?

Why do Teens and Young Adults Abuse Alcohol? 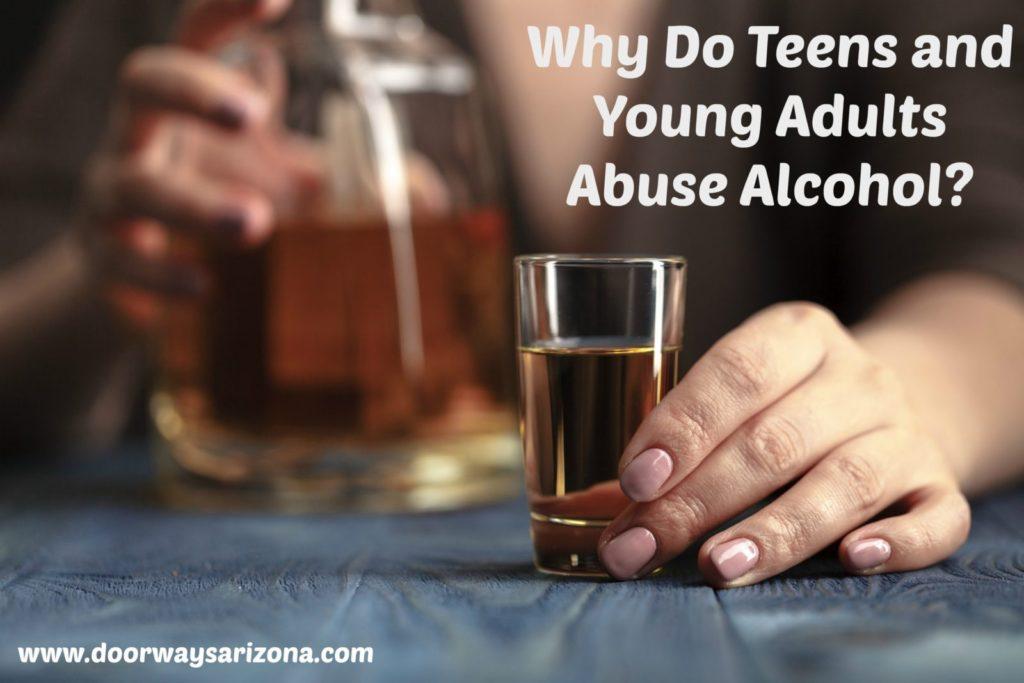 Drinking alcohol commonly begins in the teenage years. Alcohol has become an alarmingly common component of teenage and college parties. Unfortunately, underage drinking is on the rise because many teens are not waiting until they reach the legal drinking age of twenty-one. Many adolescents regard alcohol consumption as just a way to have a good time and are unaware of the damaging effect it can have on themselves and how it might impact their families, their communities, and their futures. In fact, underage drinking is rightly regarded as a widespread public health concern.

How Many Teens are Drinking Alcohol?

Alcohol is the drug of choice for many high school students. The 2017 government Youth Risk Behavior Survey (YRBS) asked high schoolers about their alcohol consumption during the prior thirty days and published the following results:

To read the full report on alcohol consumption by high school students, click here and scroll down to page 56. The alcohol statistics are taken from the national YRBS study.

What Causes Teens to Become Addicted to Alcohol?

It’s generally accepted that addiction to alcohol does not result from just one cause; rather, it comes about through a complex interplay of genetic, environmental, and physical risk factors. The most well-regarded theories about alcohol addiction include:

What are the Effects of Alcohol Abuse on Teens and Young Adults?

Whatever the reason for alcohol abuse, one thing is crystal clear – alcohol intoxication has serious long-term ramifications which include the following:

How Can I tell if my Teen or Young Adult is Abusing Alcohol?

You may not be able to smell alcohol on a young person’s breath or clothes. Young people know that vodka does not have a smell, and they may hide an alcohol aroma by mixing alcohol with fruit juice, soda, etc. If you think your teen may be drinking alcohol, you should check any beverage bottles that they take to school.

Where can I Get Help for Teen and Young Adult Drinking in Arizona?

If you are the parent of an adolescent or young adult with a drinking problem, you may not know what to do. At Doorways we have trained counselors who are experienced in dealing with alcohol problems in the 13-25 age group. If your teen or young adult is drinking, this is a serious problem so don’t hesitate to make an appointment with us – there is no charge for an initial consultation.