What To Do When Your Teen Is the Mean Teen

What To Do When Your Teen Is the Mean Teen 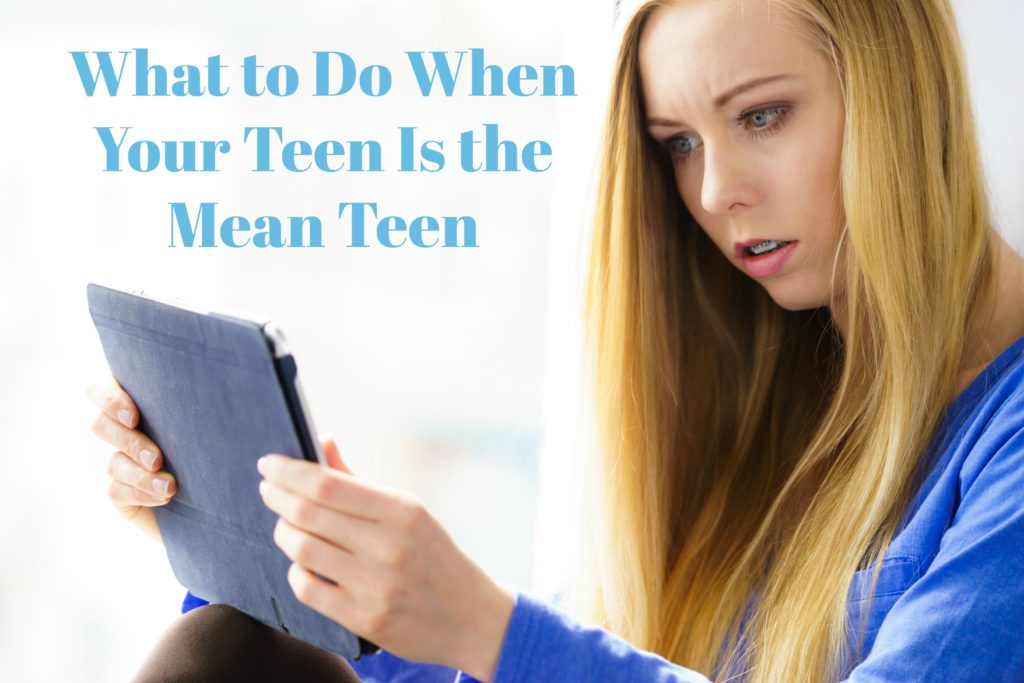 Back in 2004, Tina Fey had no notion that the subject of the movie Mean Girls would become more timely today than it was back then. “It’s just sort of unfortunate that it does,” the Emmy-winning writer and actress said at the recent opening night celebration for her Broadway adaptation of the movie. Although the movie is a comedy, it depicts the bullying mentality of high school girl cliques and the negative effects on the self-esteem of victims. The reason the topic is even more relevant today is because of social media.

If you have a teen who spends a lot of time online, you worry about what she may be doing or experiencing. You’re probably aware of a problem known as cyberbullying, and you hope that your teen is not on the receiving end of an online bully. However, what if it turns out that your daughter is the “mean girl,” the one doing the bullying? What do you do? The following provides some helpful information and advice.

How Many Teens are Cyberbullies?

How Do I Know if my Teen is a Cyberbully?

You can’t address the problem of cyberbullying if you don’t know that it’s going on. If the following signs apply to your adolescent, it may be an indication that they’re engaging in online bullying.

Why do Teens Engage in Cyberbullying?

Understanding the reasons why your teen may be an online “mean girl” or “mean boy” is the first step in understanding why this is happening. So, here are some reasons why teenagers bully others in cyberspace.

What to do if Your Teen is a Cyberbully

It can be very upsetting to discover that your adolescent is cyberbullying others. After you’ve given yourself a chance to calm down, prepare yourself to talk to your teen about their actions. Arm yourself with proof that they have been cyberbullying (if you can) and do some research so that you can cite cases where online bullying has led to tragic results.

Talk to Your Teen About Cyberbullying

How to Take Action Against Cyberbullying

Where Can I Get Outside Help for my Teen in Arizona?

An adolescent who has hurt someone else by engaging in cyberbullying needs parental support. If you have discovered that your teen is an online “mean girl” or “mean boy” and it seems too much for you to cope with alone, speak to one of Doorways teen counselors. Our professionals are trained to understand the underlying emotional issues that cause behaviors such as cyberbullying. Make an appointment today for a free, no-obligation consultation.