Teen Cutting: Everything You Should Know as the Parent of a Teenager

Teen Cutting: Everything You Should Know as the Parent of a Teenager

As your teen is developing and begins to experience more complex emotions within themselves, they will look for support, understanding, and outlets in the immediate world around them. This world typically includes family, friends, and social media as main influences that shape your teen and aid in their decision making as they grow toward adulthood. 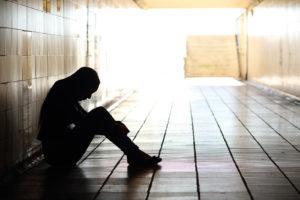 Many of the outlets and explorations teens engage in to better understand themselves are perfectly normal and healthy experiences for them. However, there are also many unhealthy patterns and behaviors teens can develop. A disturbing trend of emotional outlet developing among many teenagers is self-injury through cutting.

According to Teens Health, cutting is a form of non-suicidal self-injury (NSSI) in which a teen purposely harms themselves by using a sharp object make cuts on the skin of their arms, wrists, legs or stomach. Some teens might also engage in NSSI by burning their skin with a match, lighter or cigarette.

What Parents Should Know About Teen Cutting

As the parent of a teen, you know that teenage emotions and behavior can lean towards the erratic and dramatic. In many instances, occasional dramatic outbursts and emotional struggles are a perfectly normal part of your teen’s growth and development.

However, there are some warning signs you can look for if you notice your teen is consistently struggling emotionally, and suspect they might be dealing with their feelings in a harmful manner.

According to WebMD, David Rosen, who is professor of Pediatrics and director of the Section for Teenage and Young Adult Health at the University of Michigan, says these are common warning signs that teens are cutting:
• Small, linear cuts on the skin
• Unexplained scratches or cuts, which appear on a regular basis
• Drastic changes in mood such as depression, anxiety, performance at school
• Changes in friendships or relationships

As time goes by, teen cutting can escalate and occur more and more often. While it may not be intentional, this escalation can often lead to more serious injuries.

Why do Teens Cut?

Cutting is typically an attempt to control or relieve feelings of anxiety, stress, or sadness. The reasons that a teen cuts can vary based on their personality, emotions, and stressors. However, according to WebMD, some common triggers include uncontrolled feelings of:
• Stress
• Anxiety
• Sadness
• Confusion
• Overwhelm
• Hopelessness

Additionally, a study published in the Journal of Adolescent Health, has identified that cutting may be stemming from a desire to belong or fit in, as it has become a trend and a community on social media. During this study, researchers conducted a search on the hashtag #selfharmmm, and then developed a list of other hashtags used along with it. They found these other hashtags were used as a code to signal posts from people who participate in self-injury:
• #blithe
• #cat
• #selfinjuryy
• #MySecretFamily

What You Should Do if Your Teen is Cutting

In an interview with US News and World Report: Health, Wendy Lader, the president and clinical director of S.A.F.E. (Self-Abuse Finally Ends) Alternatives in St. Louis, Missouri, offers these “do’s and don’ts” for parents who suspect their teen is cutting.

Do:
• Only engage in a conversation over cutting with your teen while you are calm, and address the matter from a nonjudgmental, concerned stance.
• Be open to listening and talking to your teen about their feelings.
• Share your own feelings, and let your teen know you struggle as well so you can work through things together.
Don’t:
• Engage or respond in a conversation while you are upset.
• Feel guilty or blame yourself for your teen’s behaviors.
• Ignore the warning signals and avoid bringing up the topic with your teen.
• Focus on the self-injury. Instead focus on the feelings driving their actions.

If your teen has been experiencing extreme emotional struggles, and you have discovered or suspect they are self-injuring through cutting or other means, you may feel overwhelmed yourself. It is a great idea to seek out the help of a professional teen therapist who can help you and your teen identify and manage the feelings, emotions, or issues causing the cutting.

Facebook
Twitter
LinkedIn
Pinterest
WhatsApp
PrevPreviousName Calling: When to Get Involved as a Parent
Next10 Ways to Celebrate National Random Acts of Kindness Week with Your TeenNext