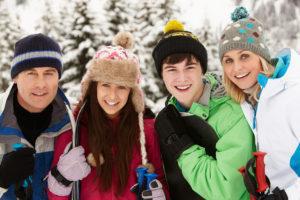 Follow these tips to build healthy relationships with your teens (photo credit: BigStockPhoto.com)

One of the hardest things about being a parent is to know when to be firm, when to be soft, when to be strict, when to give in, when to hold them close, and when to let them go.  This is never truer than when that child becomes a teenager.

Seemingly overnight, their happy, friendly, lovable child is transformed into this frustrated, moody, blue-haired teenager that is embarrassed to be seen with them and has no interest in anything they have to say.  The often rapid transformation that accompanies the teen years can be as overwhelming for parents as it is for teens and many parents make the mistake of withdrawing and pulling away because they don’t know what to do with this stranger that looks like their child.

Unfortunately, the times when parents are most likely to pull back are also the times those teens often need them the most.  The key is to use communication to bridge the distance between parent and child so that they have a way to navigate the challenges of the teen years together.  Here are some ways to keep the lines of communication open so that they can come to you when they need you and you can guide them when that’s what you need to do.

Teenagers are very emotional and most of the time they are still learning to control those emotions.  When they disagree with their parents, those emotions can come out in unpleasant and hurtful ways.  It is at this time that parents must be the adult in the relationship which doesn’t mean handing out discipline or shutting things down.  It means controlling your own emotions.  It means remaining understanding and supportive rather than becoming emotional and retaliatory.

No parent-teen relationship ever benefitted from a parent returning fire when a teenager started spewing insults.  This doesn’t mean laying down and letting them become verbally abuse, it just means choosing not to respond in kind or to give into the emotional tide of the moment both of which will only damage your relationship.

Even though it may not feel as though your teenager needs you anymore, they do; they just need you for different things.  Instead of protecting them from the world, they need you to help them learn to protect themselves.  Instead of being their guide, they need you to support them as they learn to find their own way.  This can be a difficult transition for parents who experience the change in dynamics as loss or rejection.  This can cause you to turn away from your teen when what your teen needs most is to know that you are there if they need you, that you are available if they need advice, and that you will be there to catch them if they start to fall.

It can be terrifying for parents when their teenager seems to become a different person overnight or when they seem to be adopting a new persona every month.  But when parents try to impose their will on their teenagers emerging identity and independence, it almost always causes conflict.  Rather than trying to guide or force them into becoming the version of themselves that you want them to be, let them be and encourage them to explore who they are so they can choose who they want to be.

The Substance Use Disorder IOP (Intensive Outpatient Program) at Doorways is a group therapy program for teens ages 13-17 who are struggling with drug or alcohol abuse.  The program will take place at our teen counseling clinic in Phoenix, Arizona. IOP may be recommended for those who do not … END_OF_DOCUMENT_TOKEN_TO_BE_REPLACED