Currently, recreational use of marijuana is legal in eight states plus the District of Columbia, with California the latest state to pass these changes. Teens will tell you that pot is easy to obtain and that “everybody” uses it. And, a National Institute on Drug Abuse study did conclude that marijuana usage is popular among adolescents and young adults. There is a general opinion that marijuana use by young people is not harmful. However, this is very far from the truth and here’s why. 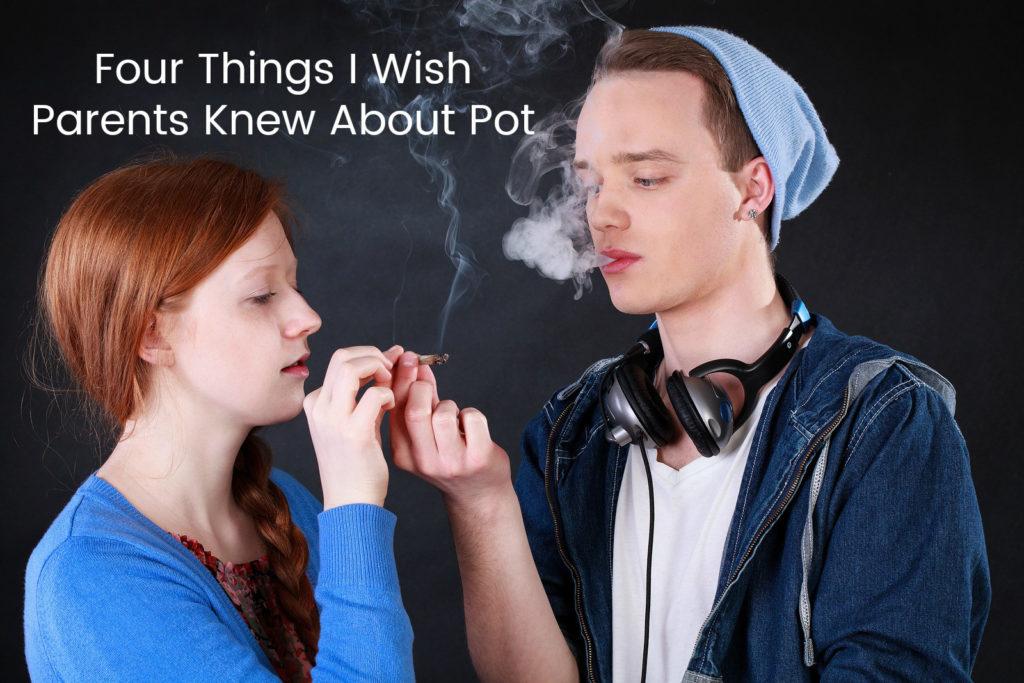 Apart from what happens to the brain before birth, there is more significant brain development during adolescence than at any other developmental stage. The brain has a natural endocannabinoid system that has a significant part to play in brain development. This system is adversely affected by marijuana use.

Adolescents have a higher ratio of cannabinoid receptors (known as CB1) in their brains than adults. The chemical component in marijuana that causes most of its psychological effects is tetrahydrocannabinol (THC). THC binds to the CB1 receptors in a teenager’s brain and stays there longer than in an adult. While THC remains in the receptor, it blocks the processes of memory and learning. Dr. Frances Jensen is a Neuroscientist and author of The Teenage Brain. She was interviewed by Terry Gross on the NPR program Fresh Air and stated that prolonged use of marijuana between the ages of thirteen and seventeen could result in permanent brain changes.

Studies of the average THC concentration in cannabis show that levels have been steadily rising from about four percent in 1995 to approximately 12 percent in 2014. Biological Psychiatry found that strains of marijuana are currently being grown with 17-33 percent THC, on the principle that higher THC concentration means a more profitable product. What also makes today’s pot more potent is that twenty years ago marijuana had higher levels of cannabidiol (CBD) which is non-psychoactive and responsible for the medical benefits of marijuana. But, growers are breeding it out of recreational marijuana because it prevents users from getting as high as they would without the CBD. The end result is that these higher THC levels are much more harmful to the developing adolescent brain.

4. Marijuana Can Have Long-Lasting Effects

Exposing the brain to marijuana during adolescence can slow down brain maturation and eventually cause neurobiological changes that will affect brain function in adulthood. The National Institutes of Health (NIH) published the results of a 2014 study that looked at the long-term effects of the use of marijuana during adolescence. The study concluded that early marijuana use causes adverse effects on intelligence, cognitive functioning, and emotional behavior, and increases the risk of the development of psychotic disorders. What’s more, the damage may be irreversible.

Parents, Talk to Your Kids

Based on survey results from the National Institute on Drug Abuse, seventy-one percent of high school seniors do not view “regular marijuana usage” as harmful. Many kids see (and smell) adults getting stoned at concerts, and now, just walking down the street. It’s easy to see how they might assume that pot use is just harmless fun. Even though it’s reassuring to know that most teens don’t smoke cigarettes because they understand the health dangers, it’s time to make clear to them that marijuana use is also risky. Talk with your kids regularly about the risks that marijuana poses.

Are you are worried that your teen is using marijuana regularly and don’t know what to do about it? Our specialty lies in helping families with teens and young adults, so contact us to find out how we can help.

The Substance Use Disorder IOP (Intensive Outpatient Program) at Doorways is a group therapy program for teens ages 13-17 who are struggling with drug or alcohol abuse.  The program will take place at our teen counseling clinic in Phoenix, Arizona. IOP may be recommended for those who do not … END_OF_DOCUMENT_TOKEN_TO_BE_REPLACED

Join local eating disorder professionals for coffee and connection from the comfort of your home or office. Small group round table discussions, sample topics include: “Reaching Across the Aisle” Connecting with the weight loss industry to reach those with Binge Eating Disorder“The RD-Therapist … END_OF_DOCUMENT_TOKEN_TO_BE_REPLACED

This program is designed specifically for adolescents who are struggling with: -Depression/Anxiety-Self-Harm/Suicidal Idealization-Poor emotion regulation-Difficulty establishing/maintaining healthy relationships-Substance use *This Group will be in person only* … END_OF_DOCUMENT_TOKEN_TO_BE_REPLACED

Need a place to talk about drug use? Are you looking for support and ways to have fun without using drugs? We welcome every teen to join us weekly for conversation, education and support regarding drugs of abuse. This is a "no judgment  zone" and a safe environment geared towards real talk with real … END_OF_DOCUMENT_TOKEN_TO_BE_REPLACED