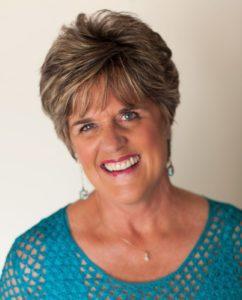 There’s a new program on Netflix that has caused quite an uproar in the media, and in our office.

13 Reasons Why is a Netflix series about Hannah, a middle school girl who takes her own life.

Two weeks after her tragic death, a classmate named Clay finds a mysterious box on his porch. Inside the box are recordings made by Hannah — on whom Clay had a crush — in which she explains the 13 reasons why she chose to commit suicide. If Clay decides to listen to the recordings, he will find out if and how he made the list.

This intricate and heart-wrenching tale is told through Clay and Hannah’s dual narratives.

I spoke to one of our counselors, Sarah VanHolland, LPC, about this series. She is the Clinical lead therapist for our DBT Skills Intensive Outpatient Program and this show has been the topic of conversation many times in that IOP group. Here’s what Sarah said:

“The concerning aspects of the series are its glorification of suicide and its promotion of the message ‘wait until I’m gone, then they’ll be sorry’.

The show reduces its main character to little more than what happens to her. There is no real mention of depression, genetics, her lack of coping skills, her access to support systems, or biochemistry.

At times, the show seems to perpetuate a cycle of feeling shame and blaming others. While these issues are harmful and spread misinformation, the series does offer insights into the experiences of adolescents today.

The show highlights the alarming rate of sexual harassment and assault, mass and instant dissemination of rumors via social media and smart phones, and the overall social climate present in many high school campuses today.

The show is painfully accurate in its depiction of how secrets are harmful to everyone, how one person’s brokenness causes more brokenness, and that everyone is experiencing their own pain and sadness.”

My concern of course, is that students would try to follow Hannah’s example because the series, though tragic, still “romanticizes” the action of suicide and the idea of leaving a message for the survivors to teach them a lesson.

We hope that parents will talk to their teens about this program and the messages it sends. If your son or daughter are hinting about suicide in any way, you need to take it seriously. Reach out to an experienced professional to get help.

Because doing nothing is not an option.

The Substance Use Disorder IOP (Intensive Outpatient Program) at Doorways is a group therapy program for teens ages 13-17 who are struggling with drug or alcohol abuse.  The program will take place at our teen counseling clinic in Phoenix, Arizona. IOP may be recommended for those who do not … END_OF_DOCUMENT_TOKEN_TO_BE_REPLACED