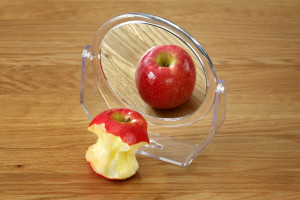 Do you know the signs that your teen has an eating disorder? (photo credit: BigStockPhoto.com)

Despite awareness activities and media attention, eating disorders continue to affect almost 3% of our teenagers.  The short and long term consequences of these disorders can be devastating and life altering and intervention and treatment are the best hope for those who are struggling.  But too often, the secretive nature of these disorders allows them to fly under the radar of even the most present and involved parents.  Unfortunately, by the time the physical signs of an eating disorder like extreme thinness or rapid weight gain become noticeable, long term damage is already occurring.  This means that parents need to pick up on the signs of these struggles as early as possible.  To help, here are 7 signs that your teenager may have an eating disorder.

All three of the primary eating disorders, anorexia nervosa, bulimia, and binge eating disorder (BED) can cause noticeable shifts in eating habits but this sign is most common with anorexia.  People struggling with this condition barely eat anything at meals and may spend more time moving the food on their plate around than actually eating it.  They may start skipping meals or claiming they are not hungry more often than they have previously.

People who are anorexic or bulimic often become fixated on their weight, the calories they are taking in, how much food they eat, what kinds of food they eat, and how much they exercise.  This fixation can result in obsessive behaviors around counting calories and sticking to extreme exercise regimens.  Many people with eating disorders talk about how fat or overweight they are, regardless of their actual size.

Hiding or hoarding food is seen with both bulimia and BED.  People with these disorders may hide high calorie food items in their bedrooms or cars.  They may be ashamed of their bingeing behavior and try to hide the evidence before and after by hiding food wrappers and remnants.

Because of the shame and emotional turmoil that eating disorders can cause and in an effort to hide their behavior so that they can continue it, many people with eating disorders become more and more secretive.  They may start eating alone rather than with other people, hide food, and perform certain disorder related activities in unusual places so as not to be detected like purging into a jar in their bedroom rather than using the toilet in the family bathroom.

This sign can be challenging because it can happen with a wide range of mental health problems during adolescence but it can point to an eating disorder when it is seen with other symptoms.  Teens who stop participating in activities they previously enjoyed, stop spending time with friends, and who seem to spend all their time working out may be struggling with an eating disorder.

While most people in this country could benefit greatly from getting more exercise, people with eating disorders, specifically anorexia and bulimia, often exercise too much.  This is one way they seek to control their weight.

Eating disorders can cause mood swings, depression, and irritable behavior.  Again, on its own, this may not point to an eating disorder as it can be a symptom of several other mental health problems, but if it is seen in conjunction with other eating disorder signs it can point to a food related problem.

The Substance Use Disorder IOP (Intensive Outpatient Program) at Doorways is a group therapy program for teens ages 13-17 who are struggling with drug or alcohol abuse.  The program will take place at our teen counseling clinic in Phoenix, Arizona. IOP may be recommended for those who do not … END_OF_DOCUMENT_TOKEN_TO_BE_REPLACED

This program is designed specifically for adolescents who are struggling with: -Depression/Anxiety-Self-Harm/Suicidal Idealization-Poor emotion regulation-Difficulty establishing/maintaining healthy relationships-Substance use *This Group will be in person only* … END_OF_DOCUMENT_TOKEN_TO_BE_REPLACED